The Fidelity of Engravers 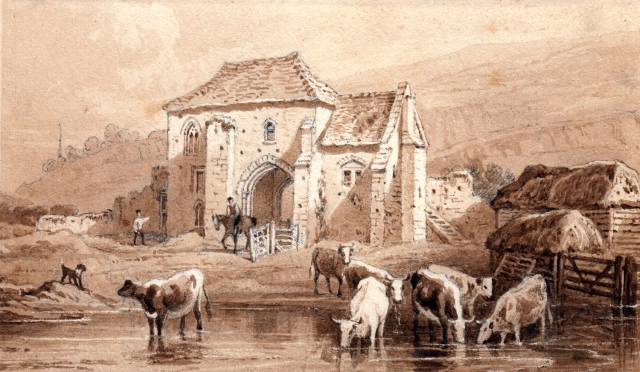 A customer apologized to me the other day for wanting actually to see and handle a very modestly priced item before buying it, rather than simply buying it online on the basis of a photograph – and it was a perfectly adequate photograph for most purposes, it must be said. “It’s just not quite the same”, she said.  And she was right.  It’s a question that has been hovering in my mind over the last couple of months as I’ve been re-photographing or re-scanning thousands of items of stock to provide larger and better images for my website.

It’s an ancient website built in the days when the erratic capacity and performance of dial-up modems (for those of you who can remember them) meant that the file-sizes of such images as there were had to be kept to an absolute minimum.  Although piecemeal improvements had been made over the years, it was time for a thorough overhaul.  A decent image for absolutely everything on the site.

But as the new images are added day-by-day, the thought recurs over and again that for all that these are better and larger images, they are still not showing me what I actually see when I look at the book, print or map.  “It’s just not quite the same”.  It’s one of the problems of digitisation generally.  However good the image, it really isn’t the same. 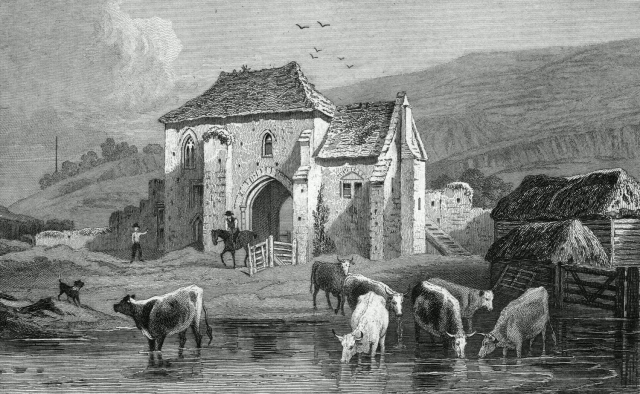 How much more of a problem then in the days before cameras (let alone scanners), when to circulate an image required the skills of an engraver to translate it (in reverse) on to a printing plate or block.  I’m not sure that we really appreciate how difficult this was – or how well those long-forgotten engravers succeeded.

Illustrated are two little sketches by the prolific landscape painter Henry Gastineau (1791-1876), who exhibited at the Society of Painters in Water Colours every year for a period of nearly sixty years, right up to the time of his death at the age of eighty-five – some 1,300 pictures in all.  He was also responsible for hundreds of these little sketches for the publishers of the view-books and series of views so popular from the 1820s to the 1840s – especially views of Wales, but also of most parts of England, with occasional forays to continental Europe.

The two present views – both of Dover and both dating from the late 1820s – were two of the original drawings made for publication in the part-work “England’s Topographer, or, A New and Complete History of the County of Kent : From the Earliest Records to the Present Time, including every Modern Improvement  : Embellished with a Series of Views from Original Drawings”, published by George Virtue between 1828 and 1831 and with text by William Henry Ireland (yes – that Ireland, the Shakespeare forger).

Originally trained as an engraver himself (his mother was Sarah Deeble, presumably of the engraving family – a detail not mentioned by ODNB), Gastineau with his customary skill and competence knew just what was required.  His sketches in ink, pencil and sepia wash are exactly the same size as the finished engravings were to be.  The first, of the ancient priory of St. Martin of Tours, chartered by Henry I in 1131 and now absorbed into Dover College, was handed over to Samuel Lacey (1786-1859) of Pentonville.  Lacey was the son of a London bookbinder, born in Fetter Lane at the heart of the printing trades, and baptised at St. Andrew Holborn on 31st December 1786.  Specialising in landscape and architectural work, Lacey became one of the top commercial engravers of his day, employed again and again on projects of this sort. 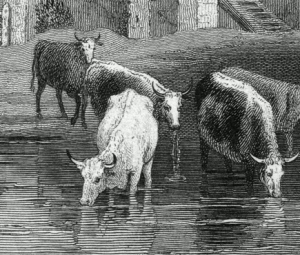 His task was to translate Gastineau’s free and flowing sketch into a finished engraving – using a technique of incising the image line by careful line (in reverse) on to a steel plate – a technique just about as far from free and flowing as it is possible to get.  Light and flimsy washes rendered by hundreds of closely laid and dovetailing lines (click on the images to enlarge).  And yet how well he does it.  The mood and tone perhaps different, these are totally different media – but what fidelity to the image itself.  As close as it is possible to get to what the artist originally recorded.

The second sketch, of Dover Castle, was given to Henry Adlard (1799-1893) to engrave. The son of a London printer and part of an extensive book-trade family, Adlard was just as prolific and as skilled as Gastineau and Lacey.  His engraving and copper-plate printing business was employing over thirty men by the 1860s and his eye and expertise were often called for in the rôle of an expert witness in deception and forgery trials.  In his work on this Gastineau sketch there is perhaps a little more use of standard formulaic work, especially in his handling of the greenery in the foreground, but we can also note how he has tidied up Gastineau’s depiction of the tiny yacht and the distant horse and wagon to the right of the image.  Again, we can only marvel at the skill and endless patience which must have been involved.

We perhaps don’t recognise these skills enough. These steel engravings and the books they are found in are routinely under-catalogued and largely undervalued. Are they as good a representation of Gastineau’s sketches as a colour photograph or a digital scan might have been?  Obviously not.  But which we would rather have is perhaps a rather different question. All the images are here, scanned at high resolution – but you are still not seeing their real texture and depth.  You are still not seeing quite what I am seeing.

Laurence Worms has owned and run Ash Rare Books since 1971. He represented the antiquarian book trade on the (British) National Book Committee from 1993 to 2002 and has been six times an elected member of the Council of the Antiquarian Booksellers’ Association. He was largely responsible for drafting the Association’s Code of Good Practice first introduced in 1997 (and its recent update), served as Honorary Secretary of the Association from 1998 to 2001 and as President from 2011 to 2013. He is a former member of the Council of the Bibliographical Society and continues to serve on the Council of the London Topographical Society. He writes and lectures on various aspects of the history of the book and map trades, and has lectured at the universities of Cambridge, London, Reading and Sheffield, as well as at the Bibliographical Society, the Royal Geographical Society, the Warburg Institute, the National Library of Scotland and at Gresham College and Stationers' Hall. He teaches annually at the London Rare Book School, University of London. Published work includes the compilation of fourteen ‘lives’ for the “Oxford Dictionary of National Biography”, a number of articles for “The Oxford Companion to the Book” and the chapter on early English maps and atlases for the fourth volume of “The Cambridge History of the Book in Britain”. Essays on the British map trade are also appearing in “The History of Cartography” published by the University of Chicago Press. His long-awaited “British Map Engravers”, co-written with Ashley Baynton-Williams, was published to critical acclaim in 2011. He also contributed the numerous biographical notes to Peter Barber’s hugely successful “London : A History in Maps”, co-published by the British Library and the London Topographical Society in 2012.
View all posts by Laurence Worms - Ash Rare Books →
This entry was posted in Book Collecting, Engravers, Forgotten Artists, Printsellers and tagged Henry Adlard, Henry Gastineau, Samuel Lacey, Steel Engraving. Bookmark the permalink.